John Bowden: Call-Out For An International Day Of Action On October 19th

solidarity and freedom to John Bowden!

“The only sure tactic when prisoners resist and fight back is solidarity.”
John Bowden in ‘Tear Down The Walls’ 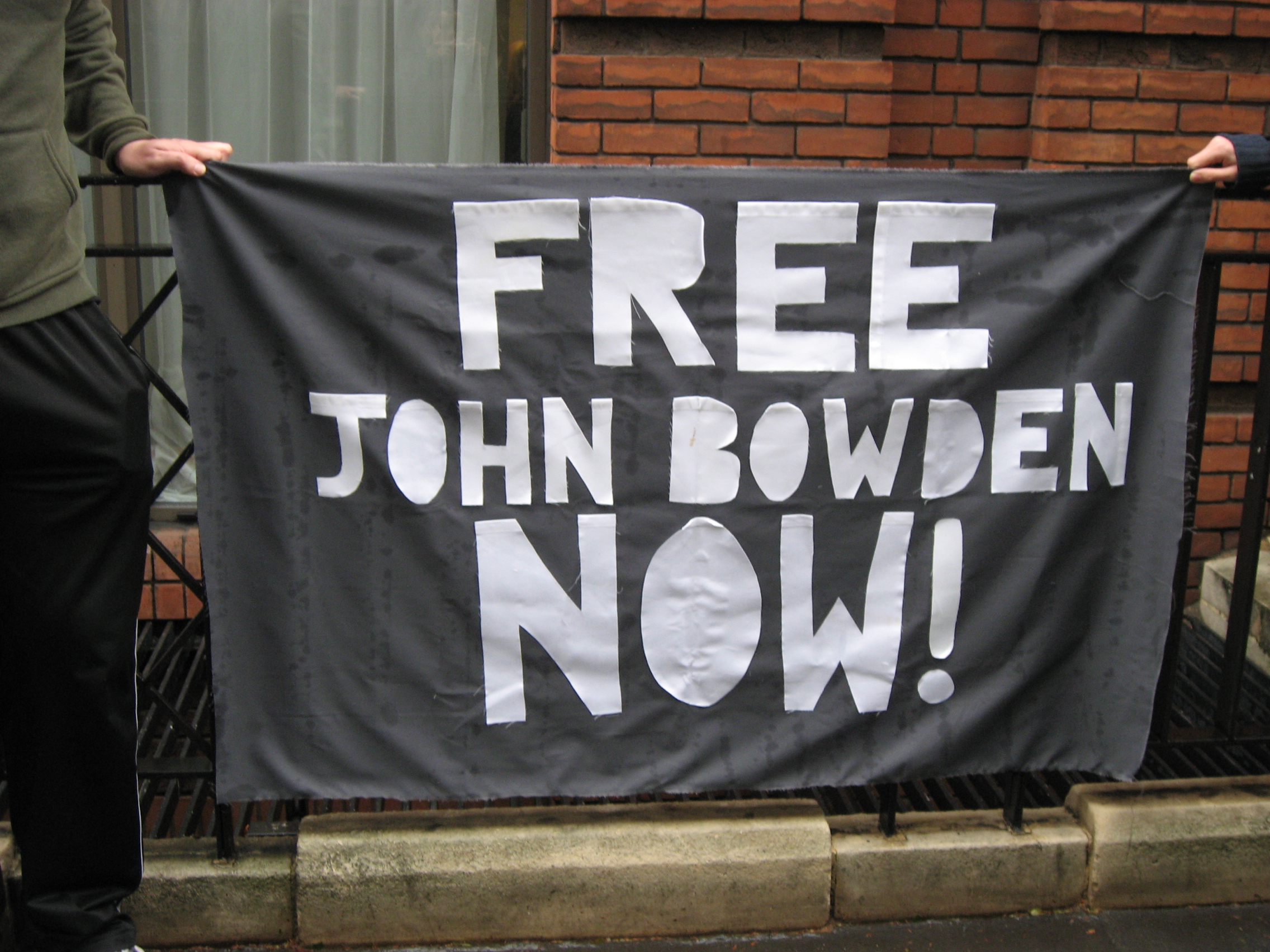 killing of someone who pulled a knife on him at a party. While John’s two co-defendants were released more than twenty years ago, John remains in a high security prison despite the Parole Board’s recommendations that he be prepared for release. John has been at the forefront of the prison struggle throughout most of his time inside, he quickly developed a political consciousness and a deep understanding of the role of prison in society, as well as a tactical understanding of the power relations between the captured and their captors.

Also, throughout his time inside, John has been punished for his role as a prison militant and organizer, and for exposing the barbarity and inhumanity of prison through his writing. The system and the vengeful screws that are its foot-soldiers have constantly tried to break John, viciously brutalising him and subjecting him to the most inhumane conditions. Even today, they are prepared to flagrantly ignore the recommendations of the Parole Board that he be moved to open conditions and prepared for release. John is constantly having to put up with provocations and dirty tricks from his captors, while they do everything they can to prolong his incarceration.

It has been clear for many years that John Bowden is not being held in prison because of the killing he committed thirty years ago, but because of the way he has developed as a human-being despite the worst excesses of the prison system, because he continues to maintain his integrity and humanity, because he has a political consciousness that sees prison for the barbarity that it is, and because he remains unbroken. John Bowden is an enemy of the System, and as long as he continues to hold his head high, the vengeful evil bastards that hold him in their clutches; the spineless dog-turd turn-keys and their sick pay-masters, will do everything they can to see that he is never released.

For his part, John has sworn that if it is a choice between surrendering that part of himself that has allowed him to resist throughout three decades of incarceration, that has compelled him to challenge injustice in spite of the personal cost to himself, he would sooner die in jail.

John Bowden is a comrade who deserves our fullest support, and it is time to FIGHT to get him out. This is a call-out from Leeds ABC for an International Day of Action in support of John Bowden on Friday October 19th. John has remained staunch all these years, he deserves to be shown that he is not isolated and alone. Please organise solidarity actions for October 19th.