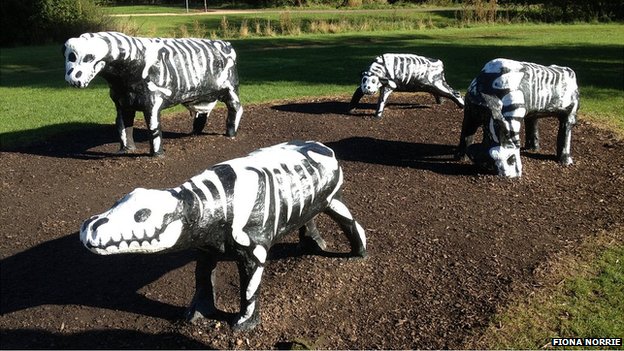 The son of an artist who created Milton Keynes’ replica concrete cows has claimed responsibility for “vandalism” that turned them into skeletons.

Ryan Billings, the son of community artist Bill Billings, said he painted the three cows and three calves last week to “save art” in the town.

The Parks Trust initially condemned the actions but now says the pieces could remain unchanged until the spring.

Police said the incident was being investigated as criminal damage.

This entry was posted in General and tagged fuck art, Milton Keynes. Bookmark the permalink.