In what the police are describing as a deliberate trap, two PCs responding to a fake burglary report were killed by an attack with a grenade and gunfire in Mottram, Greater Manchester on Tuesday 18 September. Police suspect a man of being the attacker but lack evidence at this point. PCs Fiona Bone and Nicola Hughes are the dead scum.

May the same fate come to every cop, pcso, screw and snitch!! 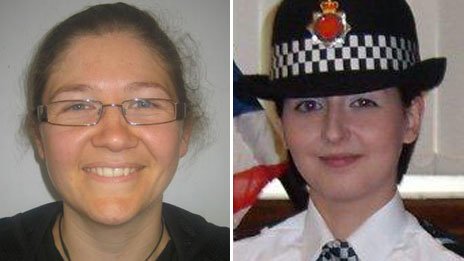 This entry was posted in General and tagged assassination, fuck the police, manchester, shooting. Bookmark the permalink.